More Ignite news pouring in. Back in August 2020, Microsoft announced they would support the native registration of specific SIP phones to Microsoft Teams. We haven’t heard much since then.

Today it was announced that the SIP gateway is going into Preview (I haven’t personally heard anything about the preview yet).

Capabilities *may* (note the “may” disclaimer word in the blog) include

I’m really curious to find out more about the SIP gateway. I wonder if it will actively block device ID’s that are not supported? How will credentials work?

Only specific models will be supported. Compatible/Supported phones include: 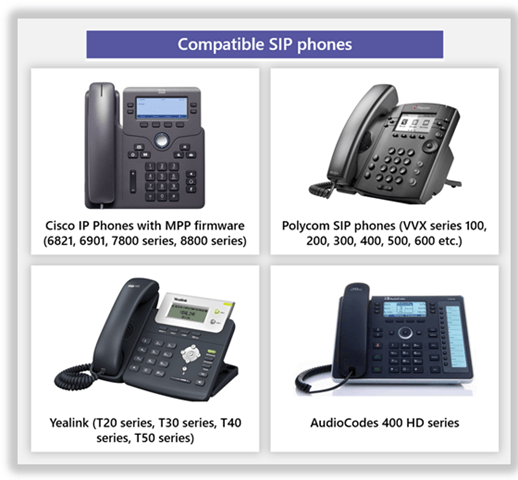 AudioCodes 400 series and Poly VVX support will be a big deal for the many Skype for Business customers with large estates of these phones. I would assume Microsoft are looking to move these phones over to SIP Gateway and to native SIP firmware and away from the Skype for Business firmware and the gateway that allows those phones, in SfB firmware, to work with Teams.

Microsoft is clearly positioning this as “if you have these phones you can leverage them, more than, you should buy these SIP phones over Teams Phones, as they continue to position more affordable teams phones as coming, including the Yealink MP52 and AudioCodes C435