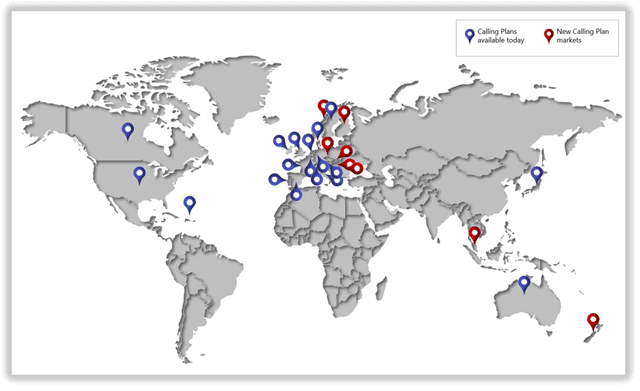 Announced at Microsoft Ignite, Microsoft is going to offer first-party calling plans for 8 new countries, rolling out between April and June this year:

This will bring the total countries Microsoft covers up to 24 directly from Microsoft:

Microsoft also has direct partnerships with Telstra for Australia and Softbank for Japan. For Softbank, your tenant must be in Japan. That used to be the case for Telstra too, but now you can actually utilize Telstra Calling Plans for your Australian users even if your tenant is homed elsewhere.

The much bigger news in the telephony space is Operator Connect for Microsoft Teams, which allows PSTN operators to make their services (phone numbers and calling plans) available to provision directly in the Teams Admin Center, meaning you can assign PSTN calling and PSTN conferencing numbers directly to end-users in a single admin experience.