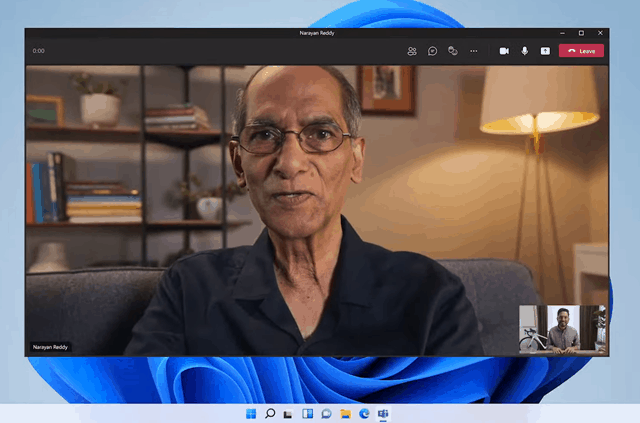 Credit to Brad Sams for first reporting on this, Alongside the Windows 11 announcement today, Rish Tandon, the CVP Engineering for Microsoft Teams, posted on Twitter about changes coming to Microsoft Teams architecture. It gave a lot of useful insight into what is coming.

So what does this all mean?

If you are not interested in the detail, the punchline is Teams is moving to a more performant and more Microsoft controlled technology stack, meaning a better and more performance client experience. If you want the detail read on….

Today Microsoft Teams uses Electron. Electron is a framework for creating desktop applications with web technologies like JavaScript, HTML, and CSS. It’s popular with some developers for its flexibility, but it’s also a well-documented memory hog. Microsoft even has a Teams documentation page explaining why Microsoft Teams might have high memory use.

Electron uses Chromium for rendering and Chromium’s behaviour is to detect how much system memory is available and utilizes enough of that memory to optimize the rendering experience. If other apps or services signal that they require system memory, Chromium gives up memory to those processes. This matters a lot less on high-end PC’s with lots of RAM, but as you get to less performance machines with less RAM, for example often the choice in education to hit an aggressive price point, performance can really suffer.

Beyond just memory usage there are other benefits to Edge Webview2

What is Edge Webview2?

Microsoft Edge WebView2 control allows you to embed web technologies (HTML, CSS, and JavaScript) in native apps. So now Microsoft Teams will be leveraging another Microsoft lead technology, rather than needing to wait on and leverage and integrate Electron, a separate open-source project.

If an app is written in what is called “Evergreen distribution mode” the WebView2 Runtime is updated automatically so there is no need for the developer to manage it.

All apps that use the Evergreen distribution mode use a shared copy of the Evergreen WebView2 Runtime, meaning it does not have to be distributed by each app, reducing the app size, meaning a smaller app to download and update.

Microsoft has been pushing Edge WebView2 Runtime on PCs with Microsoft 365 Apps for Enterprise, WebView2 is already leveraged by the Outlook team in OWA Powered Experiences (OPX) 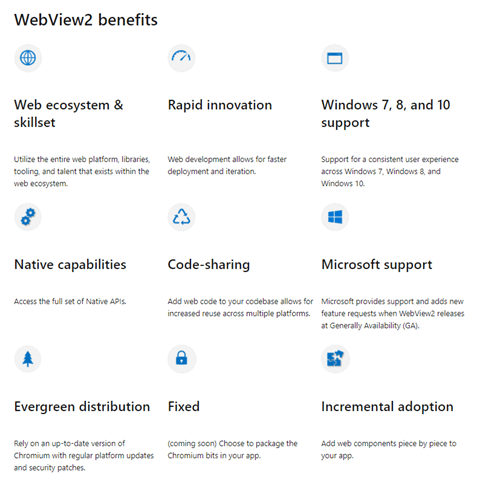 At the Windows 11 launch event today we saw that Teams will be integrated into Windows. This will be Teams consumer and it will be the first client to leverage Edge Webview2. Later the enterprise version of teams will move away from Electron to Edge Webview2

Stay tuned to the blog for more on the new Teams client as it rolls out.

Electron to WebView2 – What does it really mean for the Teams desktop client, and for a Client SDK?

The Most Exciting Part of Microsoft Edge is WebView2 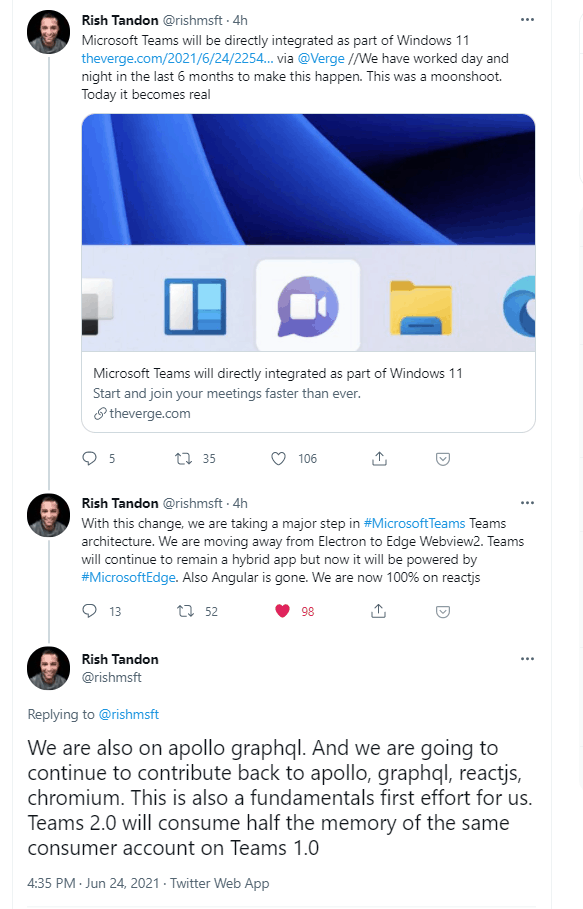