Selling Microsoft Teams applications in Microsoft stores was previously possible but required multiple steps: downloading apps from the Teams app store and purchasing a subscription from Microsoft AppSource. It’s not a process that would be easy for most users to understand.

Mostly any monetization of apps has happened “out of hand” of the Microsoft app store ecosystem. Now in developer preview, and Microsoft is aiming for general release towards the end of the month, you will be able to purchase apps directly in the Microsoft Teams app store.

Developer Preview is a public program for developers which provides early access to unreleased features in Microsoft Teams. 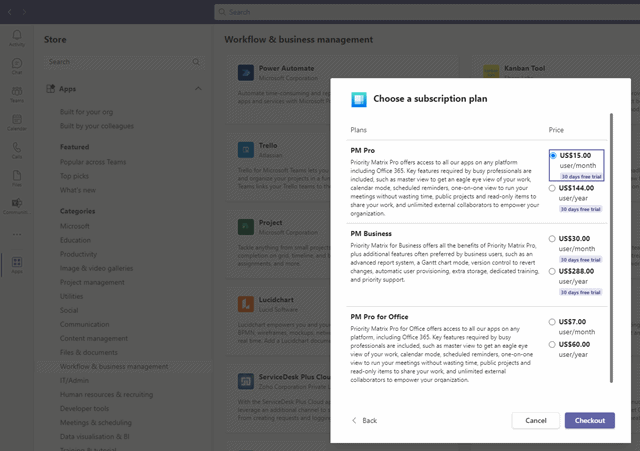 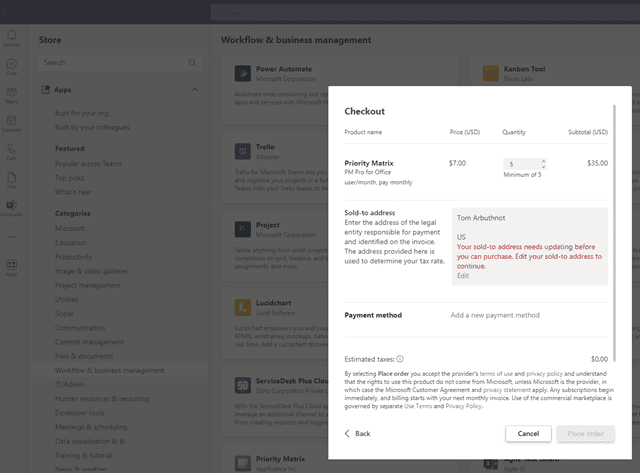 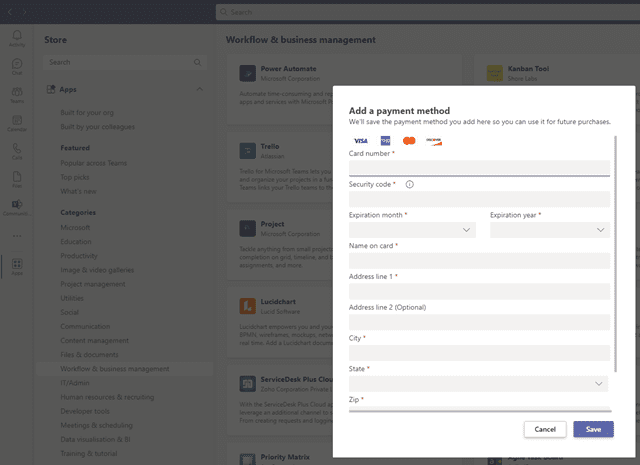 Can I block users from buying apps in the Teams app store?

Not really at this time. You can block the app from being available to your users, which stops them from purchasing it in the app store.