We got an update on Friday (MC249777) giving details of how an administrator will be able to the ability to “push”/define a gallery of video backgrounds to users across the organization to access. Rollout begins in late April and should be complete in late May. A handy feature, but it only comes as part of the Advanced Communications Licence.

Currently, users can add their own video background, if you have enabled this feature for Teams desktop apps and Teams on the web. 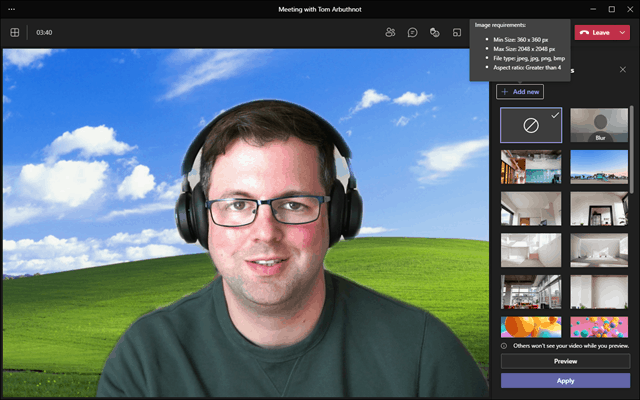 It’s mainly over now I think, but during the peak of the pandemic, it was great fun to switch out your background with collections of backgrounds from people like Fox, BBC and Ikea.

While the ability for admins to push images feature (actually, as Tony Redmond pointed out, they probably don’t get literally pushed as images to the users PC, but appear as a “gallery” in the client the user can select from), is in “preview” it will be available to all tenants, but in July when it becomes generally available this feature will require an Advanced Communications license.

Admins can upload them in the Teams Admin Center. For the admin pushed images, you can host up to 50 images in your tenant.

Since posting this blog, a few people have pointed out, if you are a bit handy you could, literally, push selected images directly to the Teams background Image folder via tools like Intune. I’m not sure this is “supported” but multiple people have confirmed it as working. e.g. Pushing Teams Background images through Intune – JordyInTheCloud 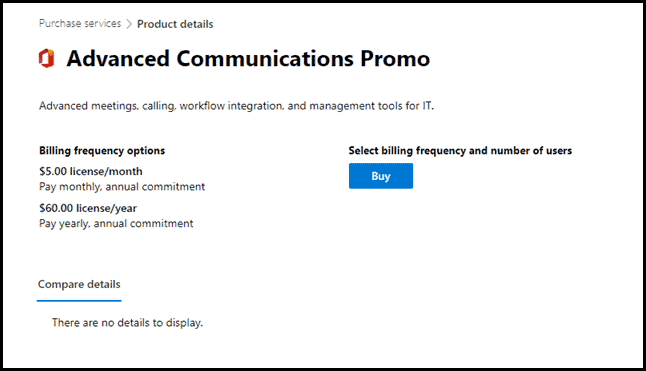 Advanced Communications licence has a checkered history. Originally being needed for Compliance/Policy Session Recording and Contact Center API (now not needed for either). It now covers:

And now this pushing virtual video background feature. Apparently, more will be coming in Advanced Comms too.

It is listed at $12 PUPM, but currently on “promo” at $5 PUPM. Commercial organisations need to make money, I’m not against Microsoft making money, but honestly, I’m struggling to see $5 PUPM of value here. It seems an odd set of features to licence. We just got Webinars, an amazing value, added to E3 or higher, but Microsoft wants $5 PUPM (maybe $12 PUPM after the promo period) for “advanced communications”? 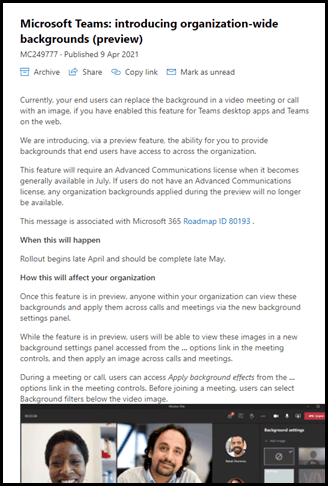