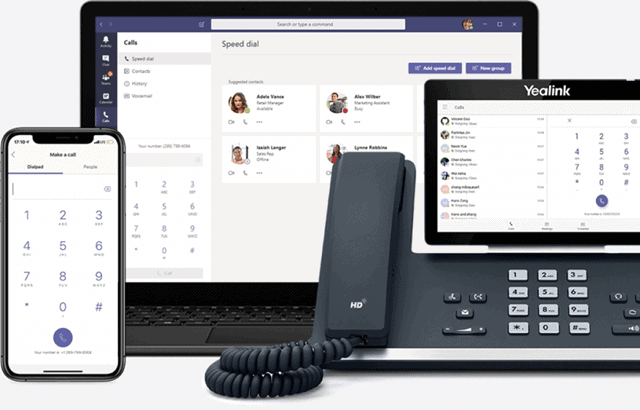 Update 30th July: It looks like this licence option will be withdrawn before it even hits. I’ll update when I have the confirmation, but for now, it looks like this won’t actually come to market as an offer.

Big collaboration news from Microsoft, they are adding 120-minute per month domestic user calling plans for E5 users (their top Office 365 SKU) in 8 countries at no additional cost, for both new and existing E5 users. They are also adding new Microsoft 365 Enterprise Voice Plans. That means, in those countries, E5 now ships as a full phone system with PSTN connectivity and user phone numbers/minutes included in the single licence.

To stay updated on the latest Microsoft Teams news, be sure to subscribe to my blog here.

What are calling plans?

Calling plans are Microsoft’s name for giving users a PSTN phone number and minutes to make PSTN calls outbound. Inbound PSTN calls are not minute capped or charged. E5 already includes “Phone System” which enables the ability to use Microsoft Teams as a phone. Still, you need to add either a Microsoft Calling Plan or Direct Routing (an SBC and service from a Telco) to enable a user to make and receive phone calls.

With domestic calling plans, you can still make international calls, but you pay per minute on top for those calls.

You can learn more about the specifics of Microsoft calling plans in my blog here.

Microsoft offer calling plans in 10 countries but are currently excluding the United States and Puerto Rico from this offer. Microsoft documentation says “When we get more information on U.S. availability, we will share those details.”.

That leaves 8 countries where this is available to E5 users.

Microsoft hasn’t added a new country to this list since adding Canada in May 2018.

E5 users in these countries will receive 120 minutes of domestic outbound calling, so they will have the equivalent of the new Microsoft 365 Enterprise Voice Plan 1 (see below). E5 already included Phone System and Microsoft PSTN Audio Conferencing.

Existing E5 users in these countries will be entitled to this at no additional cost but will require a new Microsoft 365/Office 365 E5/A5 “with Calling Minutes” SKUs to enable the calling minutes.

Microsoft 365 Enterprise Voice SKU includes Phone System, PSTN Audio Conferencing, and Domestic Calling Plans in one licence. Previously each of these was a separate licence.

This is very similar to what they have done with “Business Voice” for the SMB market.

There will be 2 plans

Details of the minutes included in Plan 2 were not published. I will update the blog when I find out.

To buy these users must already have O365 F3/E1/E3 or M365 F3/E3. Again these will only be available with calling plans from Microsoft in the 8 countries above.

How much do the Enterprise Voice Plans cost?

When will these be available?

The offers are expected to be available on August 1, 2020.