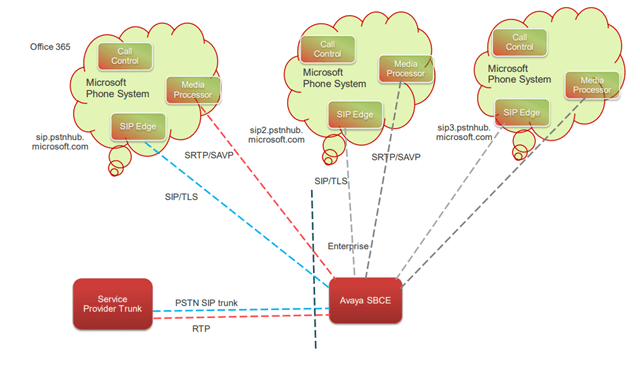 In June we heard that Avaya SBC’s were going to be certified for Microsoft Teams, now it’s all approved and official. Avaya Session Border Controller for Enterprise ( ASBCE) release 8.1.1 is officially on the certified list. It’s certified for non-media bypass.

Avaya SBCE Standard Services is aimed at enterprise and small and medium business. It also supports virtual deployment on VMware and AWS.

This means customers with these Avaya SBC’s will be able to leverage them to directly connect to a PSTN carrier and to interop PSTN calls between Microsoft Teams Phone System and Avaya.

The following Avaya SBCE features are not supported when deployed in a Teams environment:

For Teams users, the telephony-based features they normally use are all supported when initiated from their Teams devices. For example: