Microsoft was awarded Best Of Enterprise Connect 2019 for Microsoft Teams, for the second year in a row. You can watch the keynote back here

All of these features are “coming soon” with no defined timelines unless otherwise stated. stay turned on the blog, I will blog as they become generally available. You can subscribe for weekly email updates from me.

Building on the background blur technology, allowing participants to select a custom background, such as a company logo or an office environment when working from home.

Coming soon as a public preview for English. Allows attendees to read speaker captions in real-time so they can more easily stay in sync and contribute to the discussion. Useful for those hard of hearing or in future for language translation.

Limit which individuals can communicate and collaborate with each other in Microsoft Teams within an organisation. Often a requirement in finance where different parts of the organisation are legally not allowed to share information. 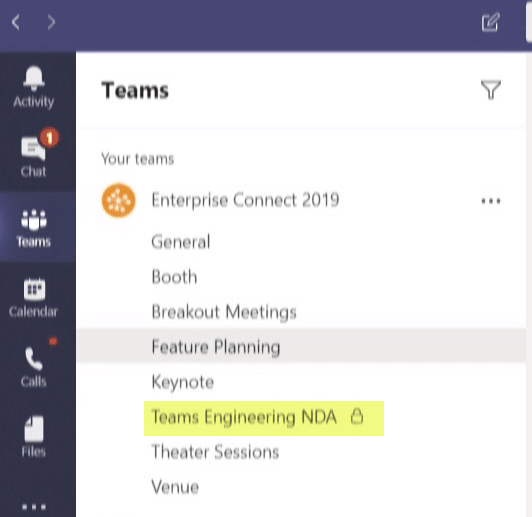 Previewed at EC and coming soon. A longtime top requested user voice feature. Private channels allow you to create a channel where only a subset of the teams users have access to the chat and files 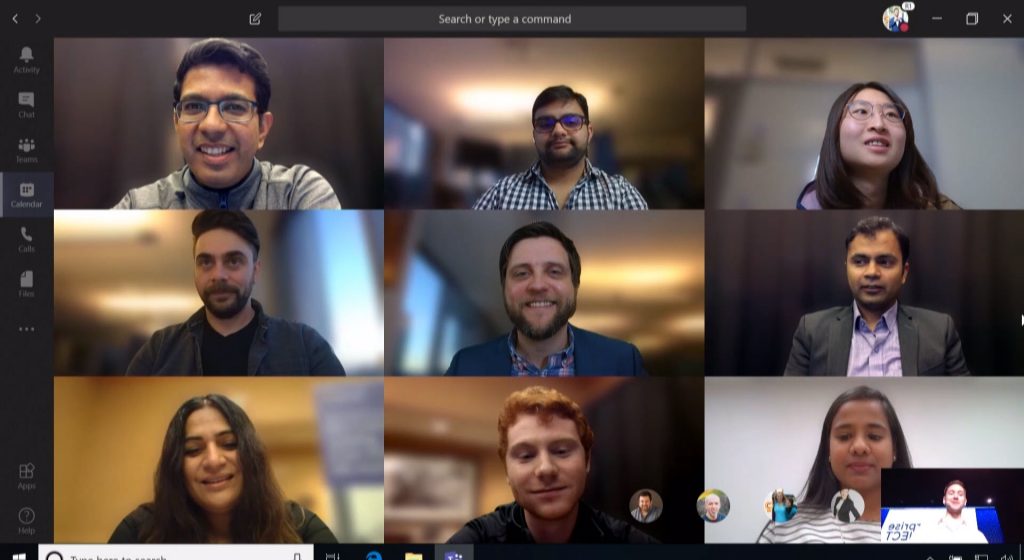 Expansion from 4 active video feeds to up to 9 and the ability to pin a key person to always be on video. Proximity join for desktop and mobile was also demo’d, but I’m not calling this a new feature since it was also demo’d in 2018

In Microsoft Teams Rooms, point an additional stock webcam at a traditional analogue whiteboard (maybe on a tripod or a ceiling mount) to capture whiteboard content from a standard whiteboard. Microsoft’s new Intelligent Capture processing to capture, focus, resize and enhance whiteboard images and text, so remote attendees can clearly see whiteboard brainstorming in real-time, even when someone is standing in front of the whiteboard. Coming later this year. 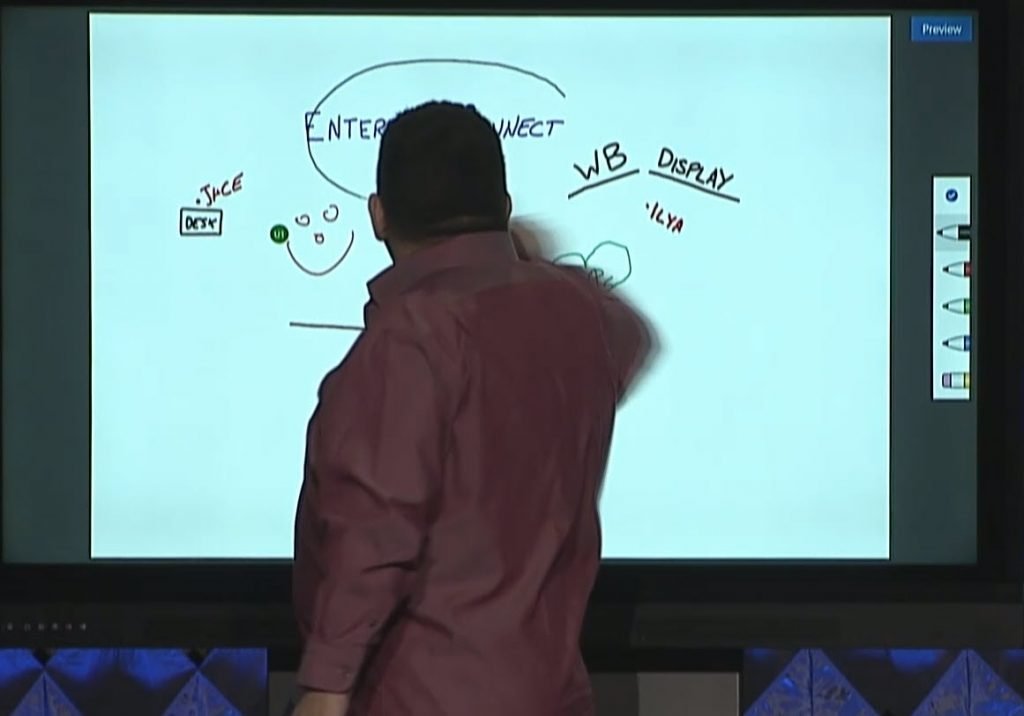 Also in the demo was support for touch screens from vendors like Avcor on Microsoft Teams Rooms. Allowing MTR to hit a more competitive price point for interactive whiteboards.

Full credit to Microsoft for the nice demo GIFs: