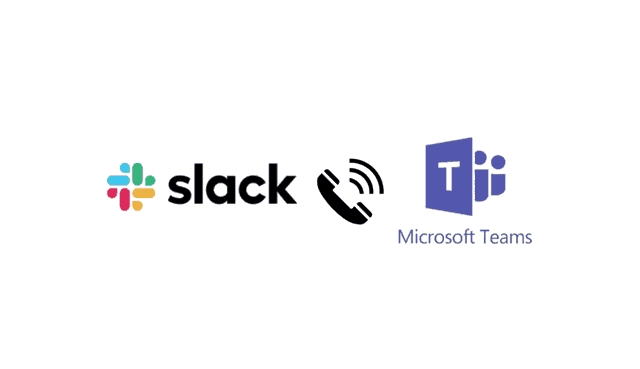 So what could it be?

Microsoft hasn’t replied to any request for comment, but a Slack spokesperson said Slack will be delivering this integration using publicly available APIs (Thanks Mary Jo Foley). No timeline for the integration was shared.

So we know Microsoft and Slack are not working directly together on this. Slack will have to “integrate” through the publicly available routes/API’s. This is how Slack integrates today with OneDrive (accessing documents) and Outlook (calendar).

What does “calling” mean?

Does “calling” literally mean VoIP Calling, or does it mean VoIP and Video, or maybe even VoIP Video and Text chat? Calling tends to mean 1:1 or person to person, rather than meetings.

1:1 calling would make sense since Teams meetings use Microsoft specific propriety signalling which you can’t connect to unless you are certified by Microsoft (like the 3 cloud video interop (CVI) vendors, Poly, Pexip and BlueJeans, soon to be 4 with Cisco coming). There is no public API access to this, in all cases, Microsoft is in direct partnership with those vendors.

So if it is 1:1 Calling, how could that work with “publicly available APIs”?

There is no simple open signalling standard/API for another system to directly call a Microsoft Teams user.

Microsoft is also rolling out Teams to Skype consumer connectivity, again 1:1, user to user, so Slack could emulate this to do peer to peer calling, video and chat.

Note these are direct private chat, not team chat in a multi-person team workspace in either product.

Direct Routing for Audio only calling?

Could it be simply scheduling meetings on Teams and giving a join link?

Potentially Slack could call the Microsoft Graph API to schedule a Teams meeting then share the link in Slack. The link would then fire the Teams client to join the meeting. This was suggested by Steven Collier.