Announced at Microsoft Ignite November 2021 and targeted to be in preview, in the first half of 2022, Mesh for Microsoft Teams will add both personalized avatars allowing users to maintain their presence in meetings without turning on cameras and also full-on 3D immersive spaces to meet and move around in 3 dimensions.

Microsoft Mesh was actually launched earlier this year and was recently updated in August. What is new here is the tight integration to Teams that is coming in 2022.

This is an interesting concept. The avatar provides some visual engagement and reaction for those who don’t want to or can’t use video for whatever reason. There are definitely people who do not always want their camera on, but today that means others in the meeting don’t get the same level of engagement. Avatars provide some visual engagement from those not on video.

In terms of how the avatars move and react in a meeting, Microsoft explains; “To start, we will take audio cues so as you talk your face will animate,” Kelly said. “You’ll also have animations that bring additional expressivity to the avatars. Your hands will move. There will be a feeling of presence even though it’s as simple as being able to take your audio and manifest that as facial expressions. That’s the first release. The ambition is to closely follow that with Microsoft’s plethora of AI technologies so that we can use the camera to insinuate where your mouth is and mimic your head and facial movements.”

This is more the idea that you join a 3D virtual space and move around engaging with people. A lot like AltspaceVR (also owned by Microsoft), you can join with a regular PC/mobile and use a keyboard and mouse to navigate the virtual space, or if you like use full-on 3D headset gear. 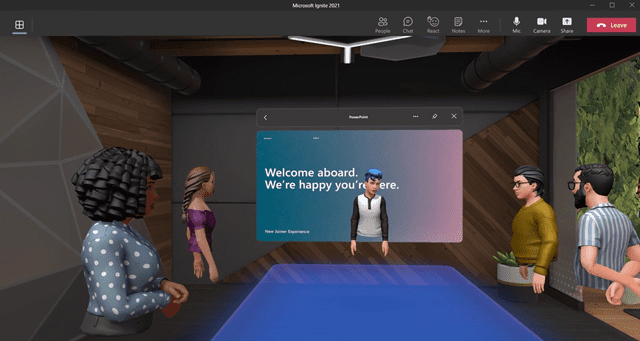 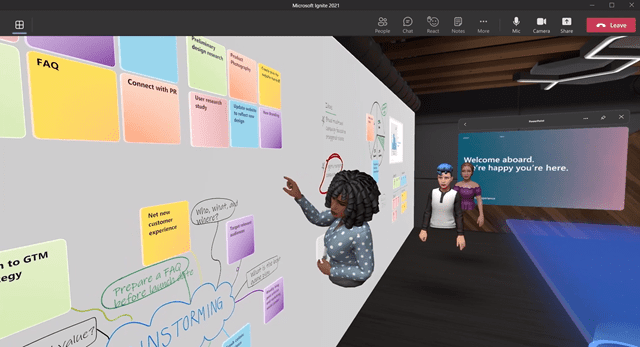 A gateway to the metaverse?

Microsoft also positions Mesh as the gateway to their vision of the metaverse, which Microsoft defines as “a persistent digital world that is inhabited by digital twins of people, places and things. Think of the metaverse as a new version – or a new vision – of the internet, one where people gather to communicate, collaborate and share with a personal virtual presence on any device.”

Microsoft’s Metaverse is comprised of the following technology: 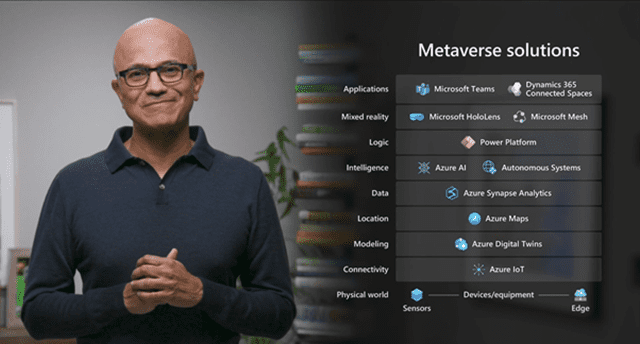