In a blog post from Microsoft, for the first time, we have been given a Daily Active User (DAU) number for Microsoft Teams, and Microsoft is going all in with direct comparison to Slack. 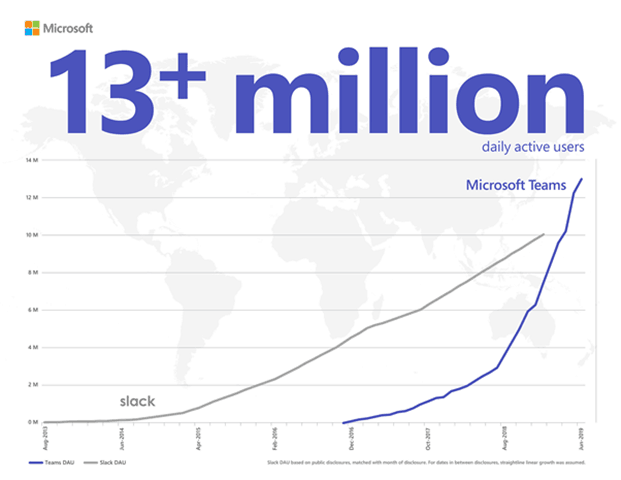 The blog goes on to plug some latest new features and references, but it’s the DAU and WAU numbers that are significant.

The new DAU number gives an ability to directly compare to slack, which at last announcement in January had 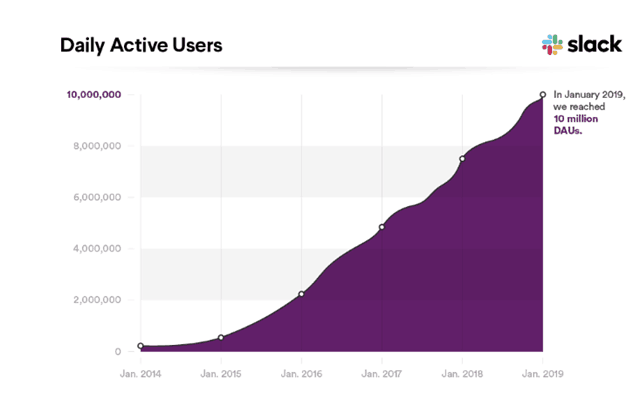 6 months is a long time in this world, so the number could be higher now, but it seems Microsoft has waited until they feel they have a healthy DAU lead and just head of their big Microsoft Inspire partner conference.