Incidentally, Microsoft filtered the message center message to only go to tenants using Linux clients, which makes sense to now overwhelm customers, but I wish there was an option Microsoft partners could tick to get each and every message so they can plan and advise their customers best.

Microsoft says that the PWA app will help bridge the gap between Teams on Windows and Linux. The PWA experience is available for both Edge and Chrome browsers running on Linux.

The PWA provides desktop-like app features, such as notifications for chat and channel, a dock icon with respective controls, application auto-start, and easy access to system app permissions. 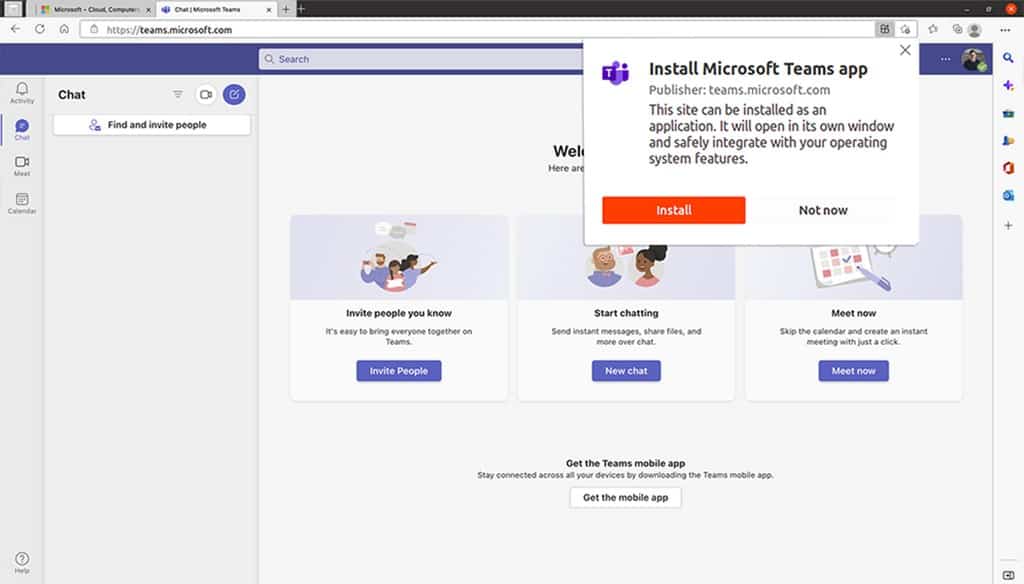