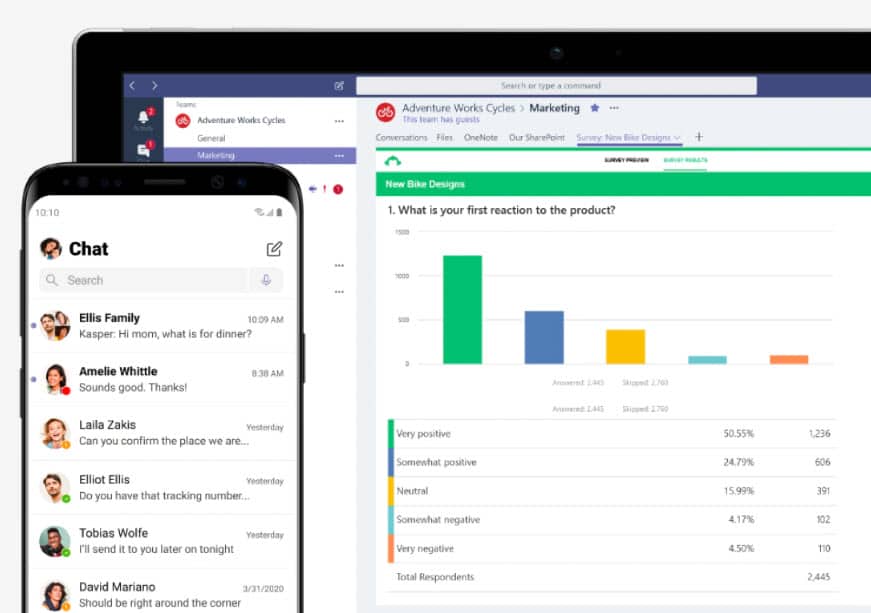 Microsoft had their Q3 2020 earning call yesterday and announced more impressive Microsoft Teams growth figures. Microsoft even held the earnings call on Teams, nice to see them betting on their own platform for an event so important to them. Previously they had outsourced to an events company.

It’s important to consider that Microsoft Teams is more than just meetings, it’s also a chat, collab workspaces and calling. Microsoft defines DAUs for Teams as “the maximum daily users performing an intentional action in a 24-hour period across the desktop client, mobile client, and web client. Intentional actions include sending or replying to a chat, joining a meeting, or opening a file in Teams. Passive actions like auto boot, minimizing a screen, or closing the app are not included.”

At the moment comparisons are being made to Zoom’s impressive growth. Zoom is primarily a meeting platform, so the vast majority of their usage is meetings. Zoom previously reported  “more than 300 million daily users”, but later retracted this number changed it to “300 million daily Zoom meeting participants.”.  It’s an important difference, daily meeting participants count the same person joining multiple meetings in a day, so I typically join up to 6 meetings a day, I would be counted 6 times in “meeting participants”, but only once for daily active users. Thanks to the Verge for highlighting this

Microsoft is reporting 200M Daily Meeting Participants to Zooms 300M. It’s also worth considering that the vast majority of Microsoft’s use is in the business/work/organisations space and I believe Zoom have much more of a split between business and consumer. Microsoft Teams does have a free edition and a consumer edition coming.