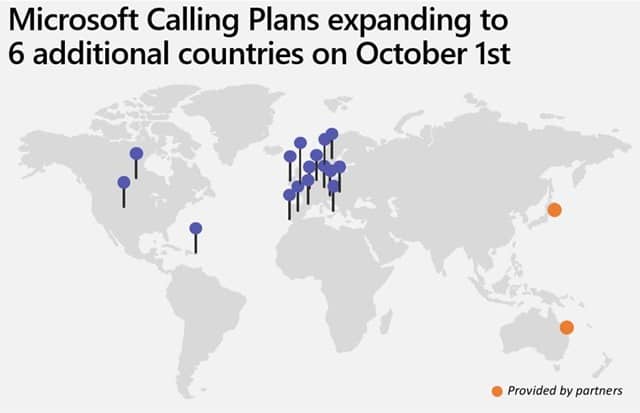 In Office 365 Message Center Update MC221541, Microsoft have announced that on October 1st Microsoft will be adding Calling Plans for

So far there are no details on the official documentation, but I will update this post when they appear.

Microsoft offers calling plans as a per-user licence. They bundle up a number of minutes and a phone number for users. All service is provided directly from Microsoft via Office 365 with no additional PSTN carrier contract.

Until now Microsoft has offered 10 countries

So that brings the total countries covered by Microsoft up to 16. Microsoft has not added a country since Canada in May 2018 so adding 6 countries is a big announcement.

There are also directly Office 365 integrated partners that offer calling plans Telstra for Australia and Japan with Softbank. 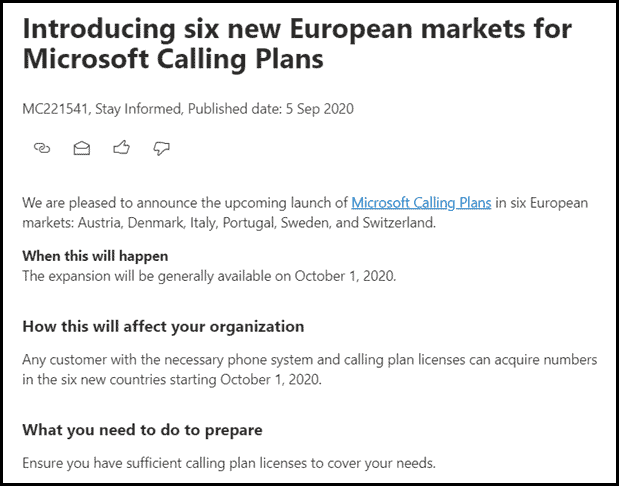