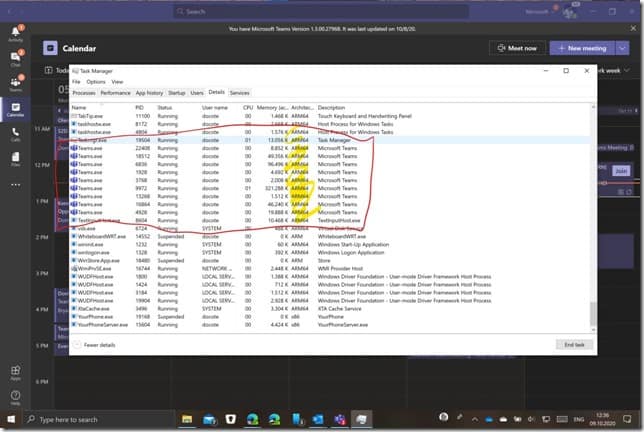 Thanks to Bill Weidenborner, Microsoft Senior PM for the heads up this week, Microsoft has launched our new native ARM64 Teams app for Windows 10 on ARM.

Last year Microsoft launched Windows 10 on ARM. The ARM CPU architecture allows these PCs to have all-day battery life and support for mobile data networks. The flagship device for Windows 10 on ARM is the Surface Pro X.

Why does that matter? By having a native ARM64 app, you get the full benefit of optimization for the Windows on ARM system on chip (SoC), meaning significant improvements in performance, reliability, and battery life. I don’t have a Surface Pro X to validate this, but here is some feedback Dominique Côté, an ATS at Microsoft: 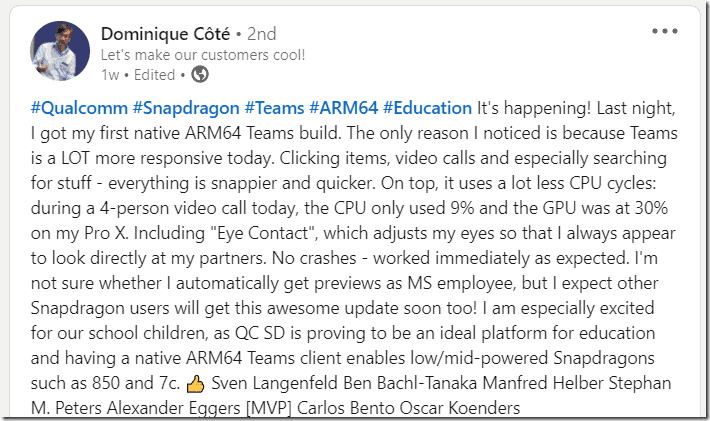 Thanks to Dominique for the screenshot of the processes running too.

If you have a Windows 10 on ARM PC, you can download the ARM version of Teams here. However, if you are running the 32-bit version of the Teams desktop app under emulation on Windows on ARM, it will now be automatically updated to the new version of Teams.

Get clients for Microsoft Teams