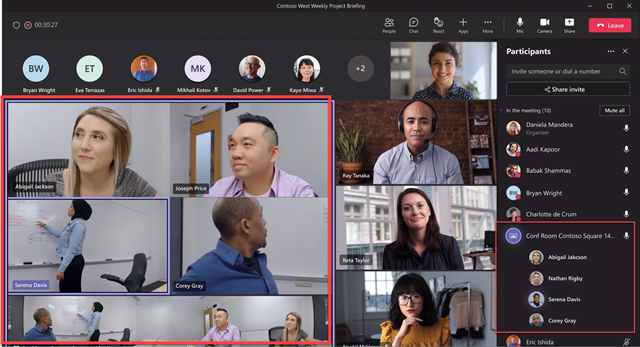 Microsoft introduced the “Intelligent Camera” concept in September 2021, and it got a call out at the recent Microsoft Inspire (July 2022).

What are Microsoft Teams Intelligent Cameras?

Intelligent cameras are a set of Cameras for Microsoft Teams Room, from OEM providers including Jabra, Logitech, Neat, Poly and Huddly, which have special AI-driven abilities to track and frame people in the meeting room.

These features can work alongside Microsoft Teams Smart Speakers, which are speaker and mic systems that can identify who is speaking and attribute it to them in the transcript (again, this requires users to enrol for voice recognition).

The idea is to really optimise the remote participant experience.

For OEMs to get certified as an “intelligent Camera” there is a minimum bar of features, but OEMs can add extra abilities and implement them in different ways, so there will be slight differences between vendors.

Are Microsoft Teams Intelligent Cameras a Teams software feature or a hardware feature?

It’s a combination. There are specific hardware requirements, so only certain cameras/hardware will have these features, but they work together with Microsoft and the software stack to enable the features.

At the moment there is no specific classification filter on the Microsoft site. Each OEM vendor has a different name for its version of the technology: 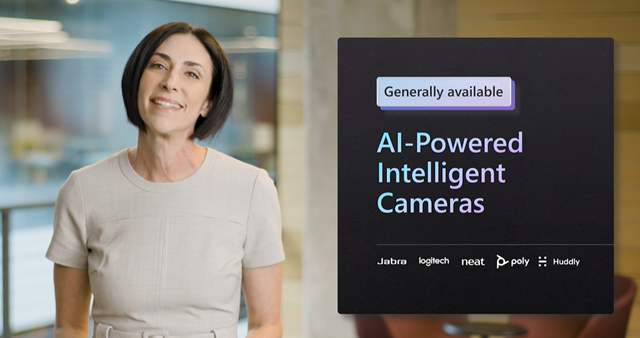