Microsoft announced yesterday on their roadmap and Office 365 Message Center:

“Beginning with Version 2002 of Office 365 ProPlus, Microsoft will install a browser extension that makes Bing the default search engine for Google Chrome”

Support for Firefox is planned too, Microsoft will update in a future Message Center post.

In my opinion, this is again a bit of an overreach. It’s changing a setting on a users PC that they typically would not expect an Office product to set, in a different third party’s software. This used to happen a lot in the past with third-party tools changing browser defaults to generate revenue, it was called Browser Hijacking.

Microsoft might be doing this because they think it will give the user a better experience but doing it by default without even asking the user or the organisation is too much. I’m pretty sure Google won’t be too pleased with this either.

It’s not that it’s a terrible feature, it’s about the user and organisational choice. This should be an opt-in, not an opt-out.

I would bet this plan changes based on customer feedback, keep updated on my email list here.

This is not really about Microsoft wanting to raise their search market share (I think).

Bing is a gateway to Microsoft Search, a search tool that indexes work-related information using data sources in Office 365 including SharePoint, Microsoft OneDrive for Business, and Exchange.

So users can search both the internet and their work documents/OneDrive/intranet from one place.

This change only applies to devices in certain locations, based on the IP address of the device (not Active Directory “location” of the user which is interesting).

At this time, countries include Australia, Canada,

If Bing is already the default search engine in Chrome, the extension will not get installed.

Can I block this?

The first time your users open Google Chrome after the extension for Microsoft Search in Bing is installed, they will have an option to change back their search preferences. 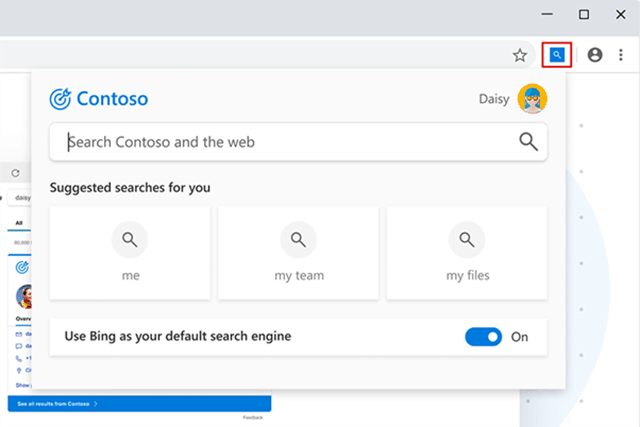 Once this plugin has been rolled out, end users can change their search engine preferences only via the toggle in the extension; they cannot modify the default search engine in browser preferences.

For organisations, the only option to block this is to must exclude the extension before you install or update to a version of Office 365 ProPlus 2002. Implementing the exclusion after the extension has been installed will not remove the extension. 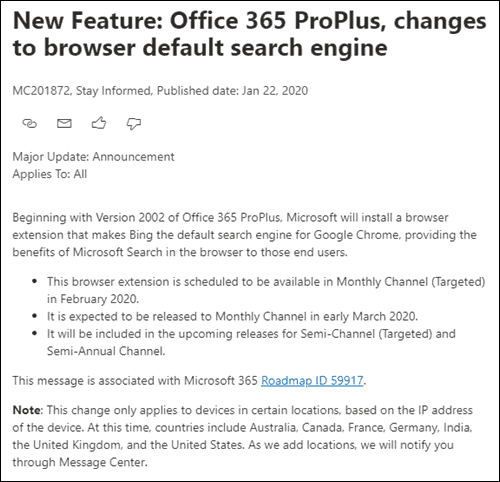 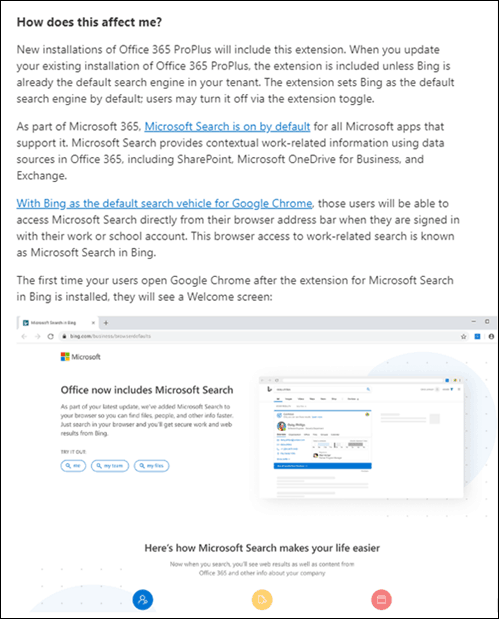 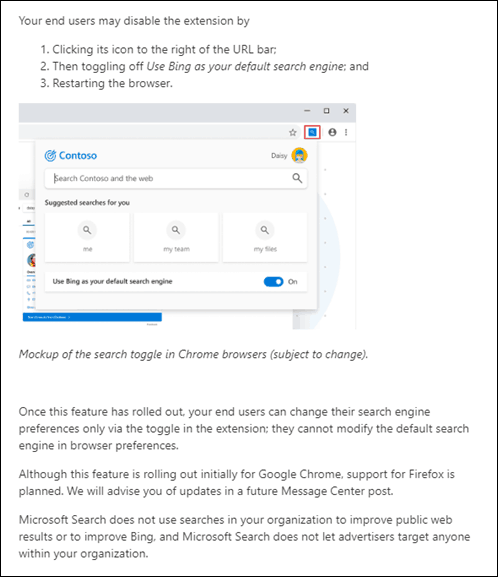 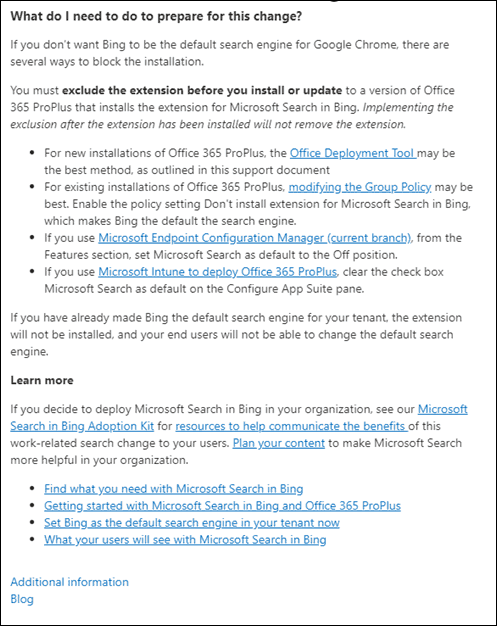