Microsoft has announced the general availability of Local Media Optimization for Direct Routing.

Direct Routing already supported Media bypass, released mid-2019. Meaning that media would “bypass” routing to the Microsoft cloud Media Transport Relays and stay direct between the Teams client and the SBC. This is optimal if the user is on a local/internal network with an SBC and there is no need to route the traffic out to Microsoft, only to route it back to the SBC.

For media bypass, the Teams client must have access to the public IP address of the SBC even from an internal network.

If a user is connected to the local subnet of a corporate network (that is, the user is internal), media flows between the internal IP of the central SBC and the user’s Teams client.

If a user is outside the boundaries of the corporate network–for example, if the user is using a public Internet connection–then the user is considered to be external. In this case, the media flows between the external IP of the SBC and the Teams client.

In this diagram, the German user can route media directly to the internal IP address of the Amsterdam SBC 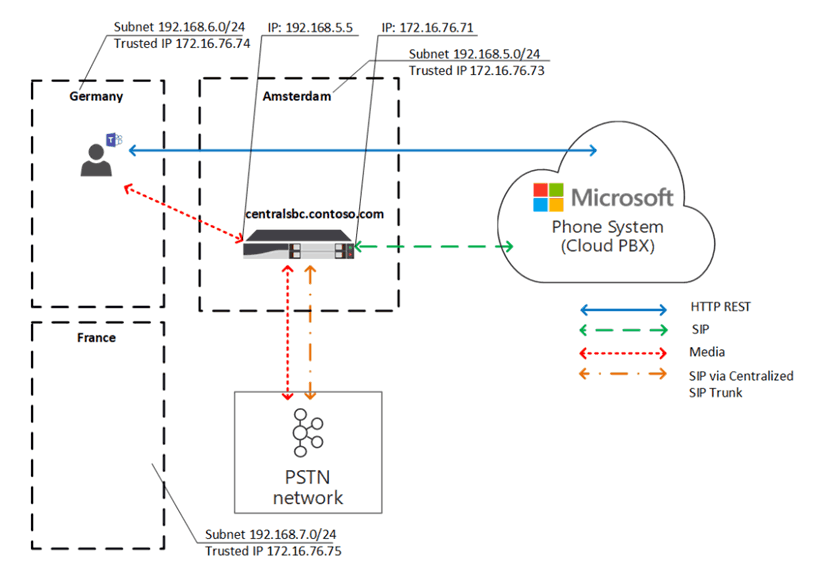 SBC on a local branch site where there is no Public IP/Internet/connection to Microsoft Phone System.

An organisation wants an SBC on a site where there is no Public IP/Internet/connection to Microsoft Phone System. For example, they are replacing a local PBX with local ISDN but that site has no direct internet connectivity and not enough bandwidth to send all calls back to a centralised SBC or want to keep using the local ISDN PSTN connectivity.

In addition, some countries impose regulatory requirements that cannot be fulfilled without having local PSTN network connectivity.

The branch-site SBC on the private internal IP can be paired virtually to another central SBC with Microsoft/Internet connectivity. Branch site SBCs are communicating through internal IPs and are not directly visible to Microsoft Phone System.

Media always stays local when possible. External users have media flowing between the Teams client and the public IP of the central proxy SBC.

Media route when the user is in the branch

In this diagram, the user in Vietnam Teams client communicates with Phone System directly through the REST API, but media generated during the call flows to local SBC’s internal IP address and local ISDN/PSTN connection. 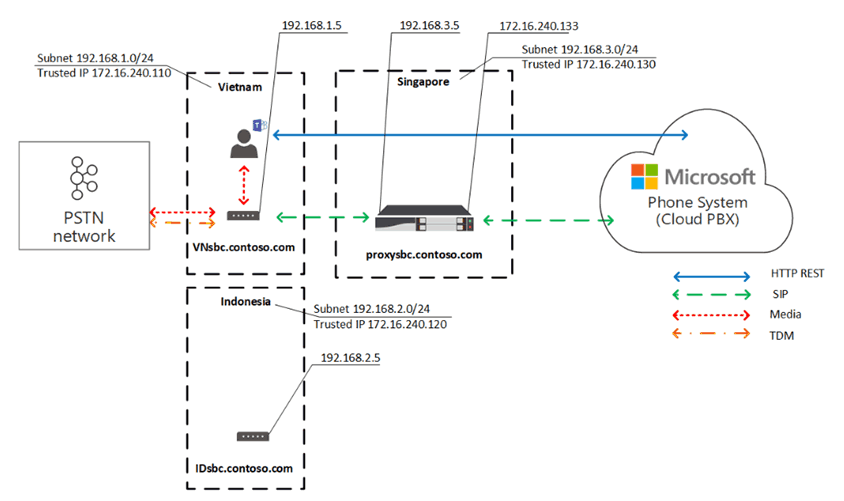 Media route when the user is external

When the Vietnam user is external to the corporate network. 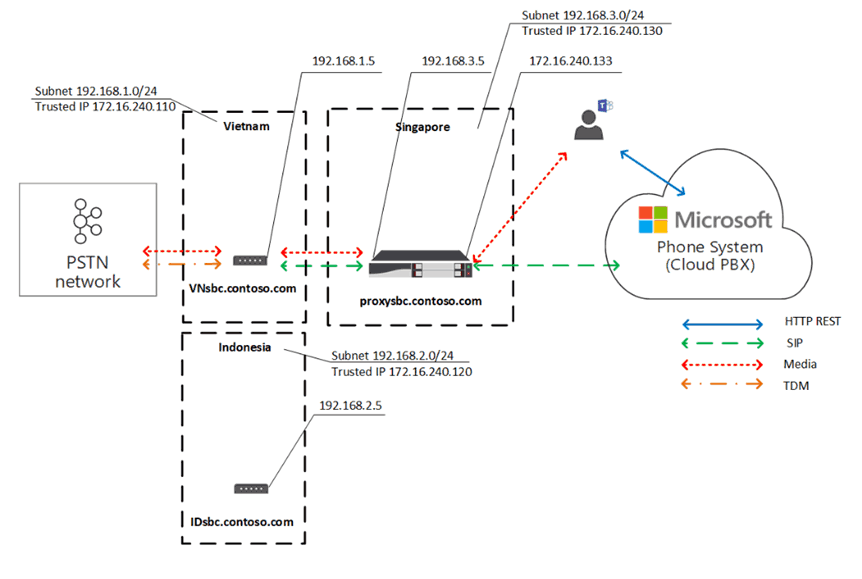 The list of SBC that support the technology with instructions is on this page https://docs.microsoft.com/en-us/MicrosoftTeams/direct-routing-media-optimization-configure#configure-sbcs-for-local-media-optimization-according-to-the-sbc-vendor-specification