A big ask from some customers, Microsoft has now provided MSI files (both 32-bit and 64-bit) for admins to leverage during bulk deployment of Microsoft Teams to select users or machines. This will mainly be used for customers running software distribution products like System Center Configuration Manager.

The MSI is not used to deploy updates, the client will auto-update when it detects a new version is available from the service. This does not change the cloud-based update mechanism. 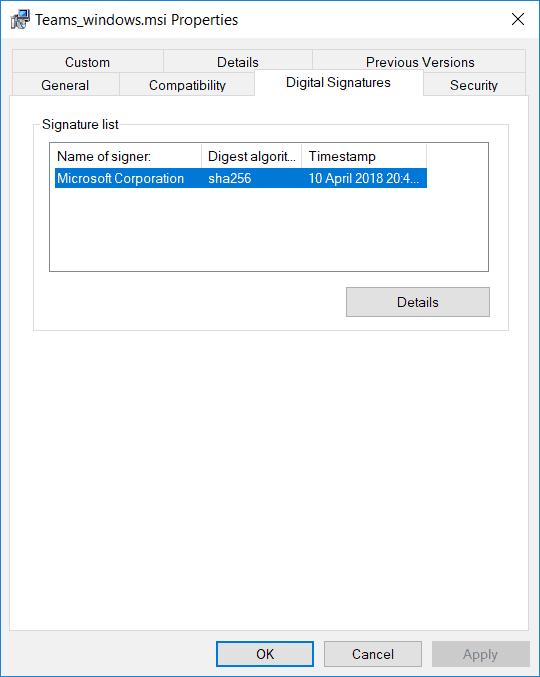