With big announcements of 13 million Daily Active Users, 19 million Weekly Active Users in July 2019 and then  20 million DAU Microsoft Teams users in November 2019, the question is often asked how does Microsoft define “Active”? 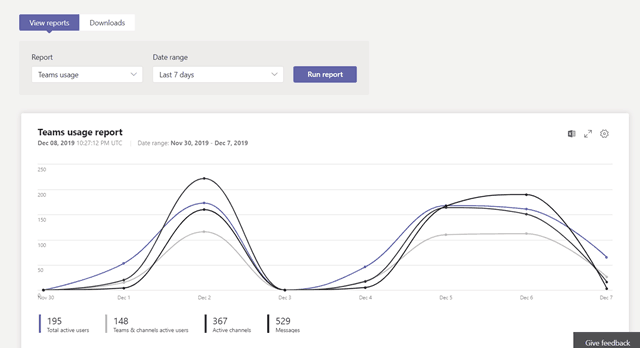 So how do Microsoft define active users in these reports? The documentation is less than enlightening

How exactly do Microsoft define an Active User?

So what’s an “intentional action”?

“Examples of an intentional action includes starting a chat, placing a call, sharing a file, editing a document within teams, participating in a meeting, etc.”

Microsoft removes “passive actions” like auto-start/login, minimizing a screen, or closing the app from its calculations, and de-dupes all actions across a single user ID. So these users really are taking some kind of active action.

Not all Microsoft Teams usage is in “Team Collab Workspaces”

It’s worth noting that not all Microsoft Teams “active users” are using the “collab workspaces” feature of Microsoft Teams. There is nothing wrong with using Microsoft Teams for private chat, calling or meetings, but if an organisation is trying to move to a culture of working out loud in collaboration team spaces with chat, files and apps, they will want to look closely at the ratio of channel messages to private chat, calls and meetings in their tenant, not just the top line “active users” statistic. 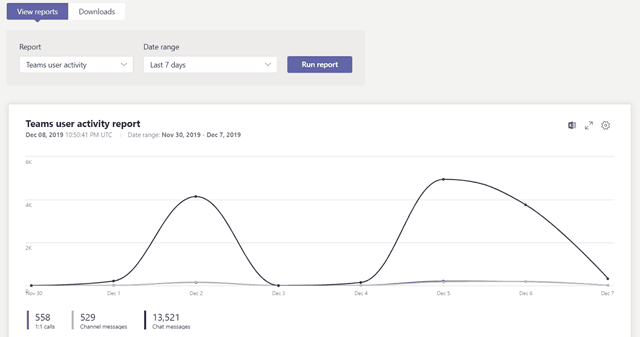 This is something I spend a lot of time looking at with customers as we (Modality) write PowerBI reporting and automation tools to drive Microsoft Teams governance, security, best practices and usage.

User adoption of private chat and meetings is relatively easy, they are well-understood ways of communicating for most people/organisations. Especially if you are displacing existing used tools like Skype for Business or another online meetings platform.

“Team Collab Workspaces” is a new concept to many users, and a big cultural shift for some organisations, adoption of this element of Teams requires more organisational support and focus.

The ratio of private chat to channel messages or “active users” to “Team & channel active users” is a great indication of how much “working in Teams” is happening.