Like many Microsoft products, certain Microsoft partner and customers test early Microsoft Teams client builds to give Microsoft feedback. In Microsoft, this is called Technology Adoption Program (TAP). First Microsoft internal testing is done, then it is rolled out to TAP users for feedback before going to all other users. Microsoft Teams roll out updates through a series of “rings” from Microsoft to select IT Pros to larger preview to general customers.

While many Microsoft products take the same testing approach, the exact approach and the naming convention is different from product to product (and naming has frequently changed).

Microsoft Office has the Office Insider Program, it used the terminology of Branches, then Channels (insider fast, deferred, first release, current). Even though Microsoft Teams is “part of office” it is developed with a different team/approach.

Microsoft Teams has the TAP program, unlike the Office and Windows programs, which anyone can elect to join, this is more of a private program. There is also a public developer preview.

One channel model to rule them all?

A recent Windows Insider blog explained Windows is “transitioning and converting our current ring model, based on the frequency of builds, to a new channel model”. 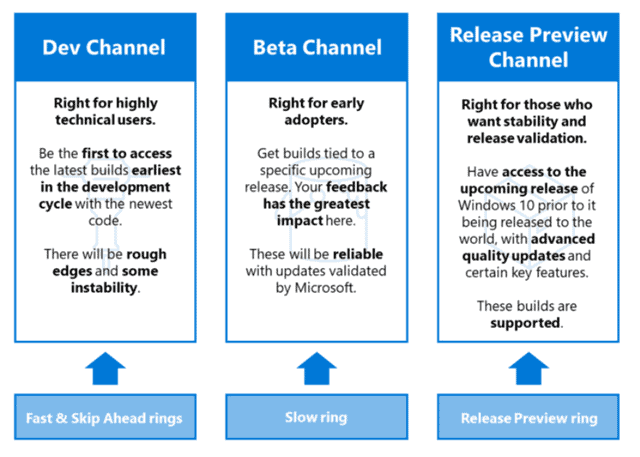 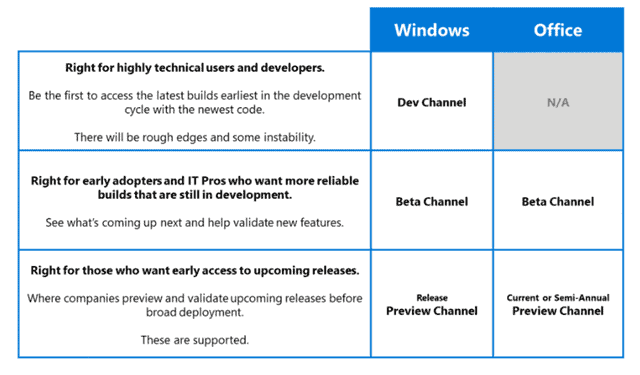 Office actually has a more extensive set of channels:

Microsoft Teams to “soon” use similar offering names and expectations

So, it looks like Microsoft Teams might move from “rings” to channels. “Soon” in Microsoft can mean a lot of things. Stay tuned for any updates.