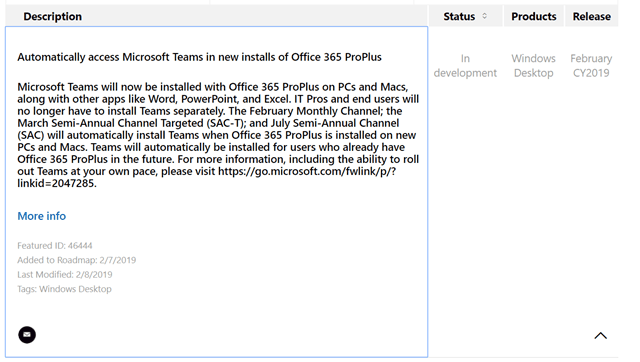 In January we learnt that Microsoft Teams will be installed by default for new installations of Office 365 Business SKU users. At the time I wondered if they have gone to the effort to find a way to bundle the Teams desktop client with Office installs, would it be an option for Office 365 Enterprise (E) SKUs.

Still no details of how it is being done. I assume by bundling in an MSI that installs Teams. I wonder if it is a option or it will be force installed.

The announcement also mentioned “Teams will automatically be installed for users who already have Office 365 ProPlus in the future.” So it looks like Microsoft are getting more aggressive with the client rollout.