Thanks to Nicolas BROISIN for calling this change out. Starting with Version 1901, which it looks like will be the monthly Office release for February, Microsoft Teams will be installed a default part of Office 365 Business. Office 365 Business is a specific version of Office 365 subscription for businesses of up to 300 users.

The Microsoft documentation doesn’t say explicitly but I would imagine this would be alongside Skype for Business client (which will run in meetings only mode for Teams only users).

It appears this change is not being made yet for the Enterprise versions of Office 365, Office 365 Pro Plus. There is no change to Office 2019, such as Office Professional Plus 2019, the “boxed” non-subscription version. 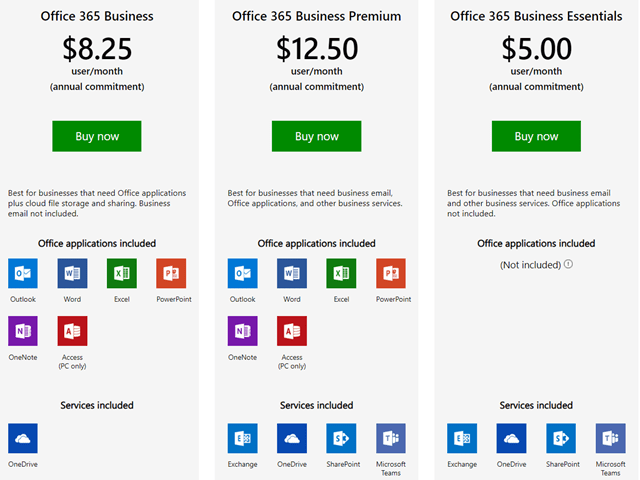 “Office 365 Business” is actually a SKU for the Office apps and just OneDrive (not exchange online, SharePoint online or teams online services). You can’t have Teams as an app without the service so there would be no value of it being installed by default really, although there is a free 1 year trial of Microsoft Teams for business and enterprise users, so Microsoft may be encouraging the use of that trial.

Office 365 Business Premium includes Teams so it would make sense for it to be installed by default, and Business Essentials includes the Teams service, but not the Office apps (however Teams is a free app anyway, so essential users can install it directly from Teams.microsoft.com). Simple right.

I am interested to see how they have bundled the Electron Teams client alongside Office, as this is likely how it will work for enterprises in the future. The docs post does explain Teams will update in the usual way (directly, out of band of Office). I expect they have bundled the Teams MSI installer.

Existing installations of Office 365 won’t be affected. Also, if Skype is already installed, it won’t be removed and will continue to function as before.

If you don’t want Teams installed by default when you install Office 365 Business on devices running Windows, you’ll need to use the Office Deployment Tool and use the ExcludeApp element in your configuration.xml file: