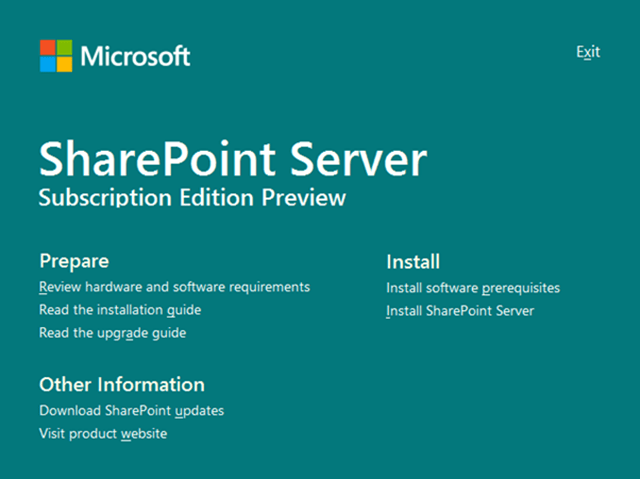 On the 20th July Microsoft announced and released a preview of SharePoint Server Subscription Edition.

Some highlights from the announcement:

No licensing or support details were provided

It feels like, rather than being a fork of what is SharePoint Online that now runs on-premises, it is a version of SharePoint 2029 that will be automatically updated by Microsoft.

So what does that tell us about Skype for Business Server Subscription Edition? 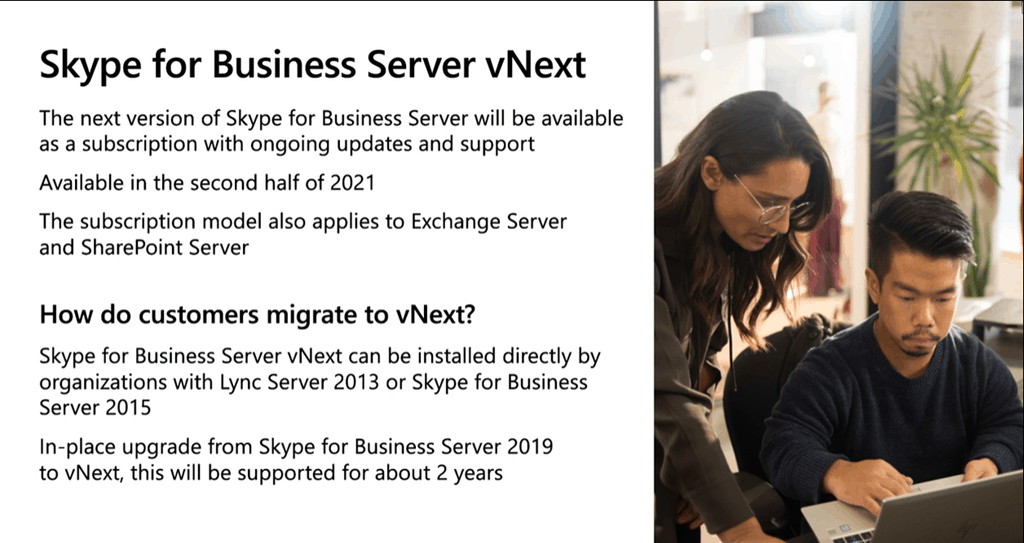 We were told “second half of 2021”, with Microsoft that can sometimes mean “calendar year” and sometimes “financial” year (e.g. July 2021 to July 2022), so we shall see. We are expecting side by side upgrades from Lync 2013 and 2015 and the option of in-place upgrades from 2019, though at the speed of Windows Server changes I suspect most people will take the chance to move to a more modern server version rather than do an in-place upgrade. That upgrade compatibility makes it very much sound like it will be based on SfB Server 2019, which makes sense.

I hope it gets server core support, but I’m doubtful. I would expect Server 2022 and TLS 1.3 support. I expect some kind of streamlined patching model much like SharePoint Server Subscription Edition.

I am not expecting any new functionality. This is very much about maintaining customer support for customers who need a Server UC product, not about giving lots of new features.

Skype for Business Server 2019 mainstream support ends 09/01/2024, with extended support until 14/10/2025. However I expect Microsoft will strongly encourage customers to move to the new subscription edition once it’s released (well, those who won’t move to Teams anyway).

Stay tuned to the blog for more news on Skype for Business Server Subscription Edition as I find out more.