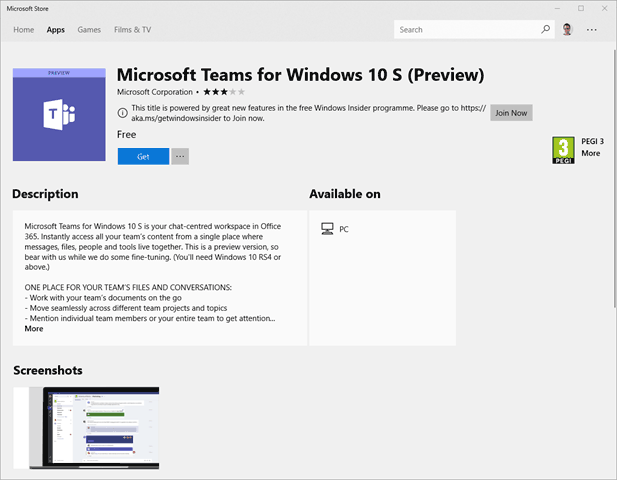 If you are running Windows 10 in S mode with build 17133 or higher, you can download the Microsoft Teams Preview PWA here: https://www.microsoft.com/en-us/store/p/microsoft-teams-for-windows-10-s-preview/9nsv22gv8q6n

Progressive Web Apps, PWA’s, seem to be widely regarded as the future of cross platform development, being supported today on chrome, Android and now Windows

They are web based, but allow “app-like” UX integrations for things like installation and native notifications, so the feel like a native application rather than just a chrome-less browser window.

In windows 10, PWA developers can integrate with:

They can be distributed and updated from the Microsoft store. Twitter, Starbucks are notable examples available in the store and on windows

Here are some slides from Build 2018: Building Progressive Web Apps for Windows devices by Jeff Burtoft 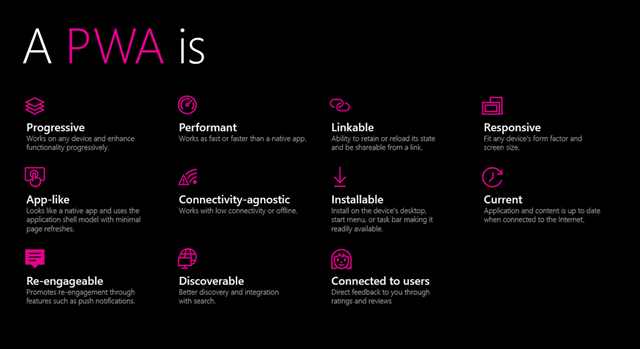 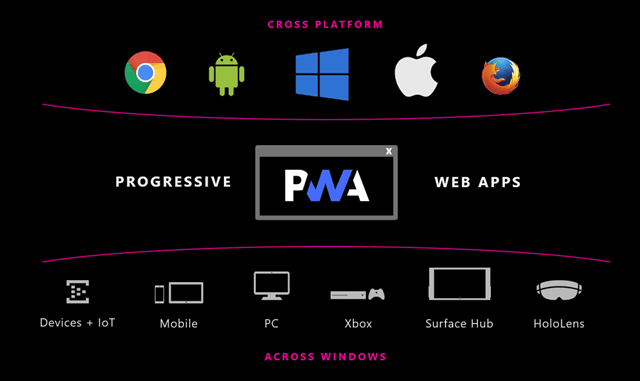 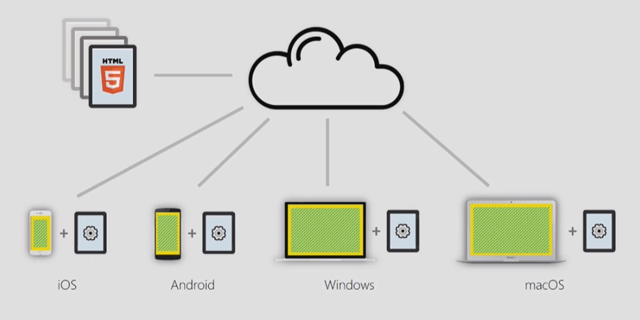 On windows, you can actually have PWA’s “with a splash of native code”, like C# and C++, this is useful for:

If you are interested in more detail on PWA’s in the Microsoft world, Paul Thurrott is providing some good analysis 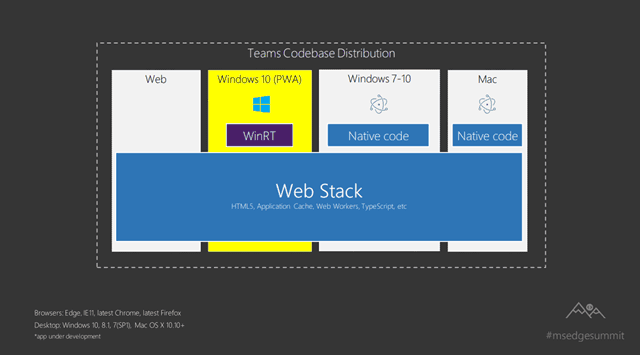 Microsoft Teams is built from the ground up using modern web technologies; Angular, TypeScript, Webpack, SASS and more. It uses over 200 different OSS components and is designed to share as much code as possible between different clients.

The current/main Windows app for Teams today is actually built on Electron, on open source platform to build desktop apps. It’s supported on windows 7, 8/81 and 10. Electron gave a quick way to produce a highly functional app, but Electron isn’t supported in the Windows store, which causes a challenge for Windows 10 S mode (locked to store only apps) and SurfaceHub (also locked to store apps only). It’s also just a little odd that you can’t get Microsoft Teams in the Microsoft Store.

Microsoft Teams is big in Education, and Windows S mode is definitely targeted at Education so that is a big gap for Microsoft. Similarly the Surface Hub is a key part of Microsoft’s meeting/collaboration story, so having no Teams client there is also a big gap. The Microsoft Teams PWA will allow these gaps to be closed.

The Microsoft Teams PWA is currently only available in preview for users using Windows 10 S mode, which suggests Microsoft are not (yet?) ready to push this as the “main” app for Windows 10. Also Teams has set an expectation of Windows 7 and 8/8.1 support, and PWA’s are only supported in Windows 10, there is a gap there that Electron fills.

The Skype media components are written in C/C++, so the Microsoft Teams Progressive Web App is leveraging the Windows 10 ability to add native code to PWA’s to use those components. Advanced calling scenarios like app sharing, sharing secondary monitors, and scheduling Teams meetings from Outlook are not yet supported.

You will see Microsoft reference this as the Teams HWA sometimes, which is what it is called internally, that stands for Hosted Web App (HWA), which was the first name/iteration of how Microsoft supported this type of app, before supporting the Progressive Web App name/approach.

What does this mean for the future?

I hoped there would be more from build on what Microsoft have done with the Teams PWA, but I’ve not seen anything (let me know if I missed it).

If you are running Windows 10 in S mode with build 17133 or higher, you can download the Microsoft Teams PWA here: https://www.microsoft.com/en-us/store/p/microsoft-teams-for-windows-10-s-preview/9nsv22gv8q6n