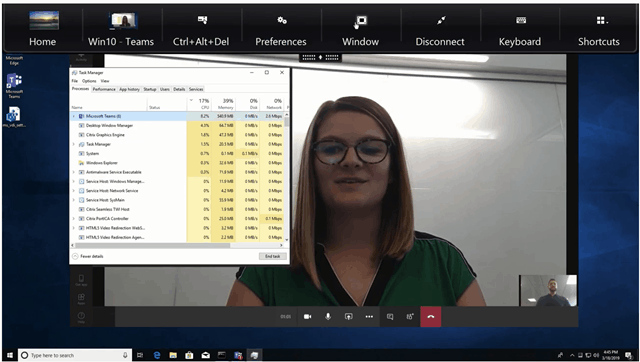 Microsoft Teams chat and collaboration has been supported in VDI for a long time, and now with the Citrix platform, calling and meeting functionality are also supported.

Audio, video and sharing are handled via WebRTC on the Citrix platform. VDA-side HDX services use an API to interface with the Microsoft Teams hosted app to receive commands. These components open a control virtual channel (CTXMTOP) to the Citrix Workspace app-side media engine. The VDI endpoint decodes and renders the multimedia locally. The video/sharing is “snapped” to the local Microsoft Teams VDI client.

You can download the latest version of Citrix Virtual Apps and Desktops here. (You’ll need to sign in first.)

The necessary components are bundled into the Citrix Workspace app (CWA) and Virtual Delivery Agent (VDA) by default. You don’t need to install any additional components or plugins on CWA or the VDA. 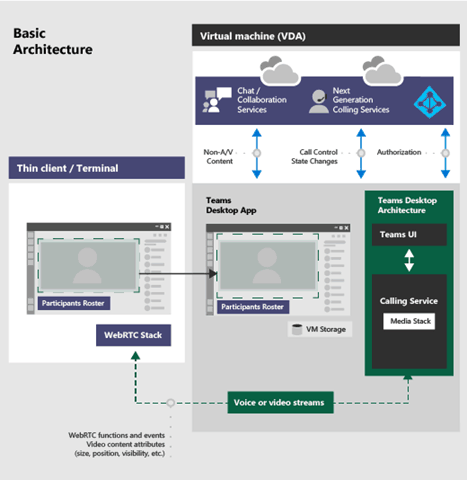 These calling and meeting features are not supported:

Microsoft is now working on adding these features.

Be sure to subscribe to my bi-weekly Microsoft Teams email update for the latest news at these features are added.