I’ve just posted a quick run down of the Windows 8 developer preview install. One of the first things I was interested to see was how it would work with Lync (big surprise

I was running on a Remote desktop to a Hyper-V VM.

I copied Lync installer to the desktop 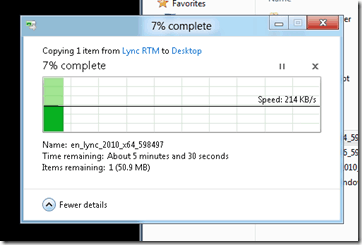 The installer ran as expected. When complete Lync Started and signed in, in the ‘desktop’ mode. Everything is pretty much the same, but with a slightly different windows chrome. 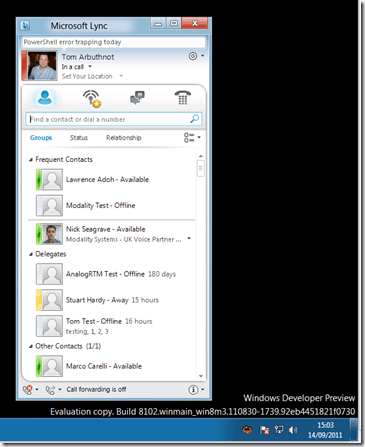 But, as per this post, there is no start menu in the desktop mode. The way to Launch apps is now the ‘start screen’ 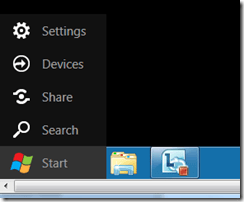 To the right of my start screen, I found 3 new ‘tiles’/icons 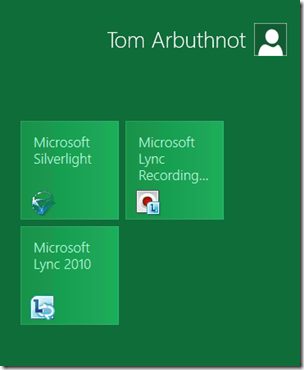 I could then move the Lync icon around the screen 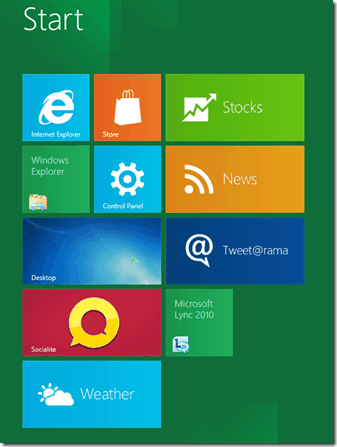 Clicking the tile dropped you back into the desktop mode.

When I sent an IM to the client while in the ‘start screen’ I didn’t get any toast or alert.

Only in the desktop mode did I get a toast 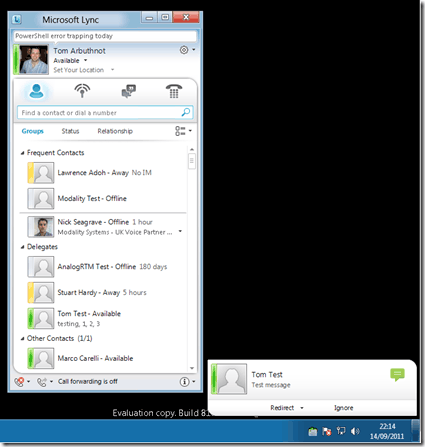 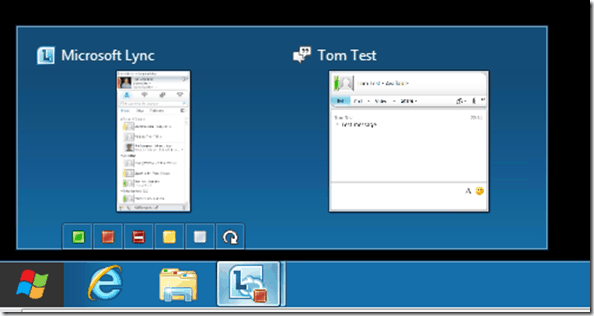 EDIT: Dustin Hannifin pointed out that the Windows global spell check also works in Lync which is nice. 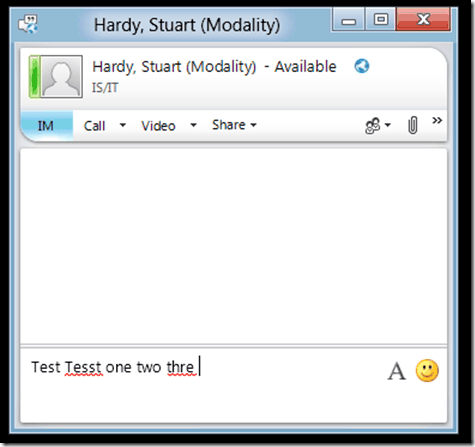 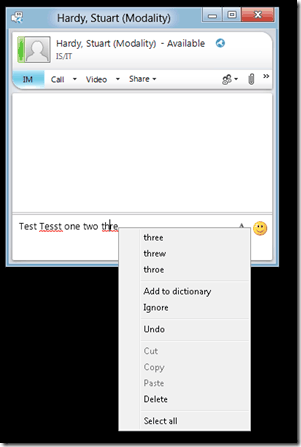 So no big surprises, the Lync client works as I think any other legacy/current app will work (Remember its pre-beta and subject to change), which for Lync in particular isn’t very practical. I’m sure in time we will see someone write a “windows 8” style UI for Lync to take advantages of the new style and development tools for Windows 8 and I also expect the next version of Lync will take advantage of things like the Live tiles and lock screen notifications to really maximise the experience on windows 8, particularly for touch.

Happy to hear your thoughts or test anything specific if anyone has any questions.